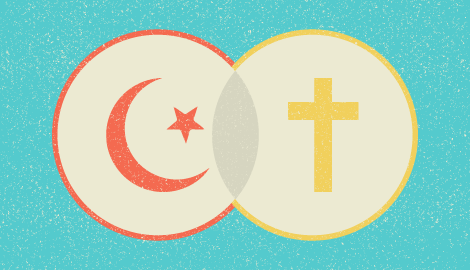 Again, sources at the bottom.

So, it’s happened again. Within mere weeks another western city took an attack from another individual looking to terrorise and destroy morale. 15 injured, 4 dead. A truck and a marketplace. Hypothesis: It was likely a Muslim. There are reports of Jihadist material on his Facebook [1], and in all honesty, it fits the motive of the perpetrator. Like the attacks in Berlin, Nice and London.

The perpetrator is from Uzbekistan, a central Asian republic. I know people will go crazy at the sight of these words but, does no one else see a trend? Or are we going to continue to defend Islam as a religion of peace?

First off, no, not all Muslims. Of course, not all Muslims, but the percentage of those that condone violence in the Muslim population is 28%, think about how many Muslims there are and how many people 28% of the total 1.6 billion really is. [3] 416,000,000 Muslims condone violence of some form. Now, opinion does not mean extremism, you’re right, but the fact that this little book, and this group of individuals preaching it actually gets past the logic barrier on these people is appalling. I recently saw a short from The Thinkery, a small channel making joke videos and some political statements. He commented over a video by a media channel called AJ+, in which the interviewer spoke to several Muslim women in Algeria, about their views on wife beating. Here are some of the quotes and facts shown.

60% of Algerian women think the husband has the right to beat them.

‘Beating her is something logical. – If she doesn’t get beaten and is not taken on that path she won’t succeed.’ [2]

0.006625% of Muslims are extremist, as in they ally themselves to a group such as ISIS and commit atrocities. That’s a tiny percentage, but it is 106,000 Muslims. That’s enough to be a nation’s military force. For instance, the British active infantry force is 153,000 people. [4] We cannot ignore the amount of hate and violence there is in the Islamic faith.

I have read the Qu ‘Aran, in English (Illegal under Sharia law) and I have annotated it (Also Illegal under Sharia law). The fact that both of these things are illegal is the first indication that the religion isn’t exactly friendly. Christianity had the same laws… six hundred years ago. Times have moved on, these laws do not fit with a modern community, and they’re scary in their level of control. The lack of freedom in Middle Eastern countries is a direct effect of Islam, much like it was in western countries centuries ago. The difference is how the religions are used and how they were formed.

Christianity is just as disgusting as Islam in terms of its rules straight up. Rape is not condemned, Slavery is encouraged and Homosexuals are slated for death. Christianity; however, was set up as a policing force. Before the police, the religion was set up for control, to keep the public from attacking each other, it gave consequences to their actions with eternal punishment and a reward for being loving. As such, it wasn’t set up to spread, it was set up to ingrained in society, a piece of western culture along with our music, entertainment and architecture. Islam, on the other hand, was set up as a plague. It was used as THE control, not the tool by which to control. It spread across countries as quickly as physically possible, by implementing punishment for not being in the religion, for leaving it, or for not following its laws exactly. The first few pages of the Qu ‘Aran speak of killing infidels for being fools, and of its holy honesty, and of Allah’s graciousness. It pre-programs people toward hatred, rather than giving reward and punishment, it gives a path that one MUST follow or risk severe sanction.

Over years and years Christianity has been diluted by law, as Government was always above it. Government has always been secular, it just adhered to Christian law before modern times. We broke free of our hatred for homosexuality through law, and through generations after its legalisation becoming more and more tolerant. The same goes for slavery, law came before religion once more, and once again with rape. Law comes before the bible because Christianity is a PART of society, it is not society as a WHOLE. Islam is law. Islam IS society. That is why views have stayed stagnant since the dark ages, and why ‘moderate Muslims’ are a product of their society, as such are far less strict. They place western law above the disgusting teachings of the Qu ‘Aran, just as Christianity does with its bible, at least in most cases.

So, what to do? We cannot ban all Muslims or middle eastern immigrants, that goes against our western values, the very things we’re trying to protect. By doing that, we do exactly what the extremists are trying to do, we destroy western values and move closer to a police state. The first step is to stop ignoring it: stop shying away from the phrase Islamic extremist; stop with the absolutely ridiculous and anti-freedom of speech islamophobia and hate speech laws, such as the M-103 motion, and realise how anti-western Islam really is. This does not mean hate against Muslims, nor does it mean doing anything to them as people. It means understand what Islam is, and the differences between it and Christianity. Why one has diluted, and not the other. A lot of us know how it is mostly our fault that the middle east is so screwed up, it’s for western corporations to get in there and make more money, that’s the real reason we’re trying to ‘stabilise’ it. We should have never gotten involved in Iraq, and let them sort their own problems out. They’re a few centuries behind in development compared to most western civilisations, so stop trying to uplift them and let them catch up.

Unless of course we want some oil… How idiotic we were.