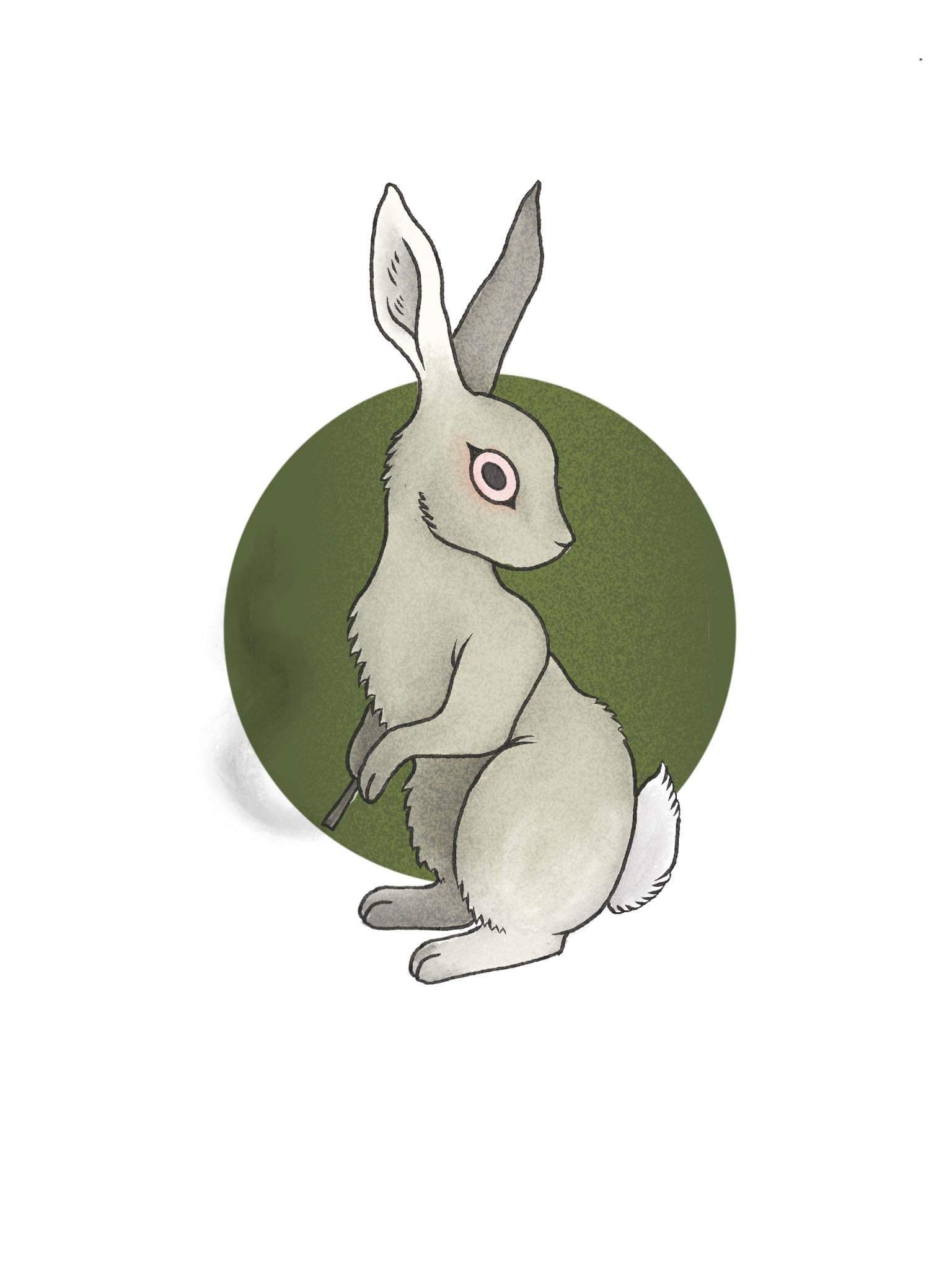 “Why are you so down all the time?”

Elisa looked down at the little white rabbit that had suddenly decided to speak up. Ignoring the shock of a talking animal, and the complete revelation that could be for the human race, she decided to reply.

“Because there isn’t much going the way I want it to.”

“Then why don’t you change what you want instead of trying to force things to move the ‘right’ way?”

“If it were that easy, little rabbit, I would. I doubt you understand the intricacies of the human condition.”

“You’d be surprised.” The rabbit hopped off of Elisa’s lap and wiggled its cotton tail as if to say ‘follow me’. “I’ll show you the secret to happiness.” He said.

“Then please – lead the way!” Elisa replied, now certain she was dreaming.

The rabbit led her away from her desk, out of the empty classroom, through the shards of light pouring into the corridor – and out of the fire exit. It led her past the courtyard, past the open field to the right of the school and through the AstroTurf court – the material beneath her feet almost seemed to melt under the radiant summer sun.

Eventually they reached the woodland outside of the school, and then a beautiful clearing within that woodland.

“Why have you brought me to this lovely place, white rabbit?”

The rabbit sat on its little round tail, and with surprising dexterity for a creature without opposable thumbs, began rolling a joint that it had pulled out of thin air.

“You looked like you needed a minute. Join me?” He motioned to the spot behind him with the joint. There was a small roach tucked under his right ear, which he pulled out with his right paw.

Elisa sat beside him, questioning the imaginings of her mind, but enjoying them nonetheless.

“So-“ The rabbit sniffed along the joint, its little nose twitching and wiggling as it went along. “What isn’t going the way you want?”

It stuck the joint in its mouth, and motioned to Elisa for her lighter. She doesn’t smoke often, but sure enough, in her skirt pocket she found a zippo with a little rabbit engraved into the metal. The rabbit flicked it open, struck the flint, put a paw behind its head and relaxed against the tree.

Elisa was still sitting rather awkwardly next to his, her thumbs fiddling with one another whilst she rested her arms on her thighs.

“Just… Everything. I don’t know where I’m going what I’m doing, I don’t have any dreams – thinking about the future is just… It makes me wish there wasn’t one.”

The rabbit took another puff, then handed the joint to Elisa.

“Normally the guinea pigs sort out problems with the future, but since he is busy doing whatever they do – I will have to suffice.”

“Thank you.” He straightened himself, and put a paw on Elisa’s hand.

“Then change your perspective. You’re not lost, you’re on a grand adventure, going down secret temples and through confusing jungles. Stop expecting life to make sense. Stop wanting it, and instead of fearing what you do not know, start anticipating life’s next wild surprise.”

“I guess. But what if the surprises aren’t worth it? What if it’s a death, or a horrible accident, or- or!”

The sky was clear as can be, not a cloud in its blue canvas. It was so clear that Elisa felt like she could cause a ripple in its surface. She reached up, finger extended, and did exactly that. The ripple ran out across the circumference of the earth, and all the way back around to her finger.

“Heh… Yeah.” Elisa passed the joint back to the rabbit.

“When things aren’t perfect, your mind focuses on everything bad that could happen, forgetting that good things you cannot predict also happen. Life cannot be mapped out, you’re along for the ride – just remember that there are ups. Life isn’t an endless downhill train wreck, though you may feel like it is sometimes. Remember that you can cause ripples.”

“Will I even remember this when I wake up?”

“I hope so, but for now, finish this and relax with me.”

Elisa nodded, and relaxed with the rabbit, letting the joint float her down, tear away her stress. She liked the rabbit; he was a cool dude. She hoped to meet him again.

“I have to hop on now, but remember what we talked about ok?”

Art by Kat:
Please check out their stuff!

One thought on “The White Rabbit”