To begin, I do again have a bias on this subject. I really, really, have a problem with SJWs, I will remain factual and cite my sources; however. Sources are cited by number and located at the bottom of the text.

It’s nothing new, linguistic policing has plagued the last few years, with third wave feminism smashing the ideas of binary genders to pieces. Or, you know, so they think. To fully understand the article I’m about to breakdown, one must first delve into the backlog that is the disastrous ‘progressive’ left wing, or as they are commonly called nowadays: ‘Social Justice Warriors, or SJWs.’

It really began with a woman called Anita Sarkeesian, you’ve likely heard of her. She’s that poor poor woman who received so much hate for doing absolutely nothing, right? Well… Not really. Anita Sarkeesian sparked internet outrage with her series ‘Tropes Vs Women.’ But nothing to the extent of what you’ve likely seen on the news. Just a few internet videos laughing at her ridiculous arguments, but it’s literally too much to go through, so I can direct you to an argument against her that will largely sum up her ideas [1]. What span things up though, were death and bomb threats through her twitter which stopped her giving a speech at a university. Now I cannot defend this, how could I? No matter the perspective, no one deserves to be de-platformed, even those wishing to de-platform others. Ideas stand on their own feet, and are either scrutinised or accepted, that is in of itself free speech. There are two huge problems with this story, and I’ll quickly go over them now if you haven’t a clue. If you know what I’m on about, skip the next two paragraphs.

First problem, whilst the death threats were unacceptable and certainly scary, they were cleared by the FBI as invalid. Many public speakers get similar threats, and whilst I of course do not condone it, it is a common occurrence. In addition to that, it has also been proven that she sends death threats to herself in an attempt to up the drama. She is a con-woman, in that she manipulates the media to her narrative, and pretty much ignores the promises in her crowd-funding. The media lapped it up though ‘Poor woman sent death threats over speech’, it was consistent and constant from media both well-known and more obscure [2] [3].

Second problem, the media connected these threats to something entirely unrelated, and through Anita’s narrative demonised a group working for a very righteous cause. Gamergate. I hesitate to say group, it was more a movement, but the movement was against bad journalistic ethics in video games, pertaining to one review of the ‘depression quest’ by Zoey Quinn, in which she slept with the reviewer who reviewed her game, to which he reviewed it very positively even though the general consensus was that it was awful. The response to this criticism of Kotaku’s review was to call the whole debacle ‘The end of gamers’ and insult the Gamergate activists directly, creating a situation that never needed to be. What resulted was the media pushing a narrative of Gamergate’s racism, misogyny, and bigotry, even though it was only ever about Journalistic ethics. Oddly, there are no articles on the other side of gamergate, as it was a simple collection of people, not a group of journalists, but there are videos: [6], [7] (understandable if you don’t wanna watch them, but it’s there if you don’t want to take my word for it).

Okay, so back to Sarkeesian. This created a split. Feminism vs logic, as I like to call it. But all sorts of pop culture became sexist, from movies to games to books to words. Words.

The next wave was gender, the idea that there existed more than male and female, and that there are now over 50+ genders [8], hence the acronym LGBTQ+ for the movement of this whole feminism and Social Justice idea. There are plenty of stories I can dig into on just ow stupid this movement is, but I’m going to focus on one very recent one, and if you’re interested, trust me, you’ll find plenty. From Cultural appropriation to Status quos to the falsehood of the wage gap, you’ll be digging through articles and videos for weeks on end. The biggest problem I have with them, as an overarching thing, is the disregard for free speech. No one can be offended, and every word must pertain to them as an individual. Everything is offensive, and if you’re white, straight and male you’re automatically evil [9]. The best way to see how bad it all is, is to switch the race. Change the word ‘white’ to black and see how much worse it is. ’21 things black people ruined in 2015’ sounds a whole lot worse now doesn’t it? Yet it’s okay if it’s white people. Double standards across the board.

This article is one such ‘SJW’ narrative, focused on language policing in British Universities. [10]

Let us pick this apart. The use of ‘offensive’ immediately rings alarm bells, as how can he/she possibly be offensive? They’re the most common (99.7%) [11], it’s almost as if life exists outside of Tumblr.com. It is also a pronoun that literally pertains to ‘male’ or ‘female’, it is simply the most unlikely candidate to offend, and, even if someone is transgender, it is likely they prefer the pronoun of the gender they have transitioned to. That only leaves the special snowflakes who want to be ‘agender’ or one of the other fifty possibilities that I am most certainly not going to list here. That leaves a negligible part of the population left to be offended, and if they are offended, someone really needs to grow up. Has no one heard of the rhyme ‘Sticks and stones may break my bones but words can never hurt me?’ Actions maybe, but words? No.

The second point is quite simply idiocy. Mankind is referring to humanity, not gender specific at all. Man, whilst also meaning male, means is a shorter version of human, and unless you’re an otherkin that’s likely what you identify as. (I’ll get into otherkin another time.) Manpower, exactly the same thing, and so is manmade. Immediately debunked, because whether you like it or not that’s the factual truth. Another example would be history, which from its roots mean – to inquire, to see, or story, chronicle [12].

So finally, they will deduct marks. There are two parts of unfree speech, what you cannot say, and what you must say. You know which is worse? What you must say. The way to brainwash and indoctrinate people is to force them to repeat something again and again that seems harmless. For instance, the Nazi’s oath to Hitler. It is scary and dangerous because it is so authoritarian, whereas what you cannot say is more… Well we already have it in the UK. You cannot incite hate or violence, which is a breach of freedom. Whether you agree with that or not, is another debate. So it’s simply not as bad, even if I whole heartedly disagree with it. That makes this terrifying, it breaches free speech, it indoctrinates, it forces students to do something they may not want to do. It is accommodating a minority and excluding the majority, ironic for a group of inclusivism. They’re not, they’re exclusivists if your opinion grinds against theirs, which often it does. The problem is, they have the media on their side. The media scares corporations, as we saw with the YouTube fiasco.

This shouldn’t be allowed. Papers must be marked to the content of the work and to the criteria of the question, if I wrote the most racist disgusting piece on slavery, but it met the criteria of what I was doing, it should be marked highly. Education is not ideological, it is logical and there to give you skills, not opinions. Or at least. It should be. 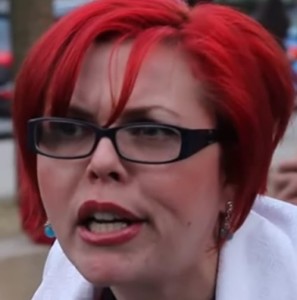