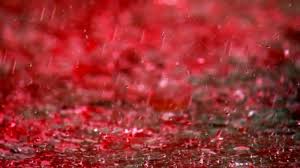 I wanted to write something about guilt that takes queues from great actions scenes like that in John Wick, but I don’t think it turned out that great… It’sa bit of a gore fest with some extreme themes, taken from the likes of Metal Gear Solid V.

I’m not very proud of this, but here it is. It’s a little dark, but not sad like my usual stuff XD Enjoy…?

He sat on the rock drenched by the rain, by the pouring sapphire rain. The tendrils that swirled above threatened to reach down and drag him into the afterlife for what he had done, it seemed that revenge was not a dish best served cold. It was best not served at all. Behind him, deep down in that mine lay the bodies of men. Many men. Men he had slaughtered like animals with surgical precision. The men that had taken the boys from his village all those years ago.

Gun clutched in one hand, rain droplets slid down his write and over the darkness of the Glock’s slide. The slid over the muzzle break, in-between the barrel and the compensator. The gold rounds in the chamber were bone dry, lethal, waiting. The magazine was a queue of death, with vengeance painted onto each and every lead tip. The thunder that cracked overhead lit up the entrance to the mind, a hold in the wall that led down, down, down, deep into the earth’s stomach, where only demons rest.

Of course, none of the boys survived. Either they were caught in the crossfire, or executed to reduce his morale, or were just killed when they tried to escape. The whole plan had been worthless, pointless, and more detrimental to the boys he was avenging than the mines. Or… Maybe death was better than working down there. He couldn’t know for sure, all he knew was that he was clouded by rage, and his judgement has been seriously off-base.

Death clung to the air the instant he rounded the first corner and raised his weapon, aimed at the man’s chest before his eyes flickered to the other enemy grabbing his rifle off the table. His finger gently squeezed the trigger, the pin lit the gunpowder, and the lead blasted forth from the barrel, spiralling elegantly to the mark in his centre mass. The slide flew back, pulling at his wrist. He allowed that momentum to raise the gun to the enemy’s head, fired a second shot, the shell erupting from the breach, bouncing off the wooden support, and burying itself in mud. His form lowered, his sights moved, a finger was removed, along with the enemy’s pelvis, before a second shot once again blazed a trail through the man’s skull. The first two men fell by his hand before they could say ‘I stole kids for slave labour.’

His hands, coat and face were blood soaked, rustic ruby liquid dripped off of his nose and into the soil. These lands would grow wonderful flowers, if they had all died up here. His gun was empty, the slide locked back, the queue all but gone and the barrel was cool to the touch. He fiddled with a bullet in his left palm, rolling it between finger and thumb.

The barrel pressed lightly against the enemy’s chest, and he barely screamed before it burst, crimson splattered the assailant. A second shot carried on through his chin as he fell back, a double tap as insurance. Naturally he lowered his stance, firing a shot at an attacker’s leg, another to the head. The Glock 22 in his hand snapped back, empty, the final shell finding rest on another dead boy’s body. He dropped the mag, caught it, and threw it at the next assailant’s head, dazing him. He loaded his next magazine, grabbed the enemy’s face and threw him to the ground, pinning him. Using the body as cover, he moved around, taking each of the attackers down in two shots or less, shells littering the surrounding area. Confident that he was clear, for now, he aimed down and took the man’s eye through the back of the skull, burying it in mud, or at least, what was left of the eye. He flicked his mag out of his gun and reached around for the fourth, and last, magazine.

It was so easy to kill them in his anger, so easier to just walk down and leave nothing. Perhaps it was better that the boys died, leave no ties to this event. Leave it as a nightmare never again to be approached. But that wasn’t quite how life worked. The bullet now resided in the chamber, though he had yet to rack the rail. Moaning, and sobs, mixed with the rain and the thunder above, the trees around him and the mine bent to the will of the wind. It was cold.

He burst into the lowest room of the mine, splitting the chest and skulls of the men who flanked the door. He dove forward under the desk that sat in the muddy office, as the laptop that sat on it and the wood it rested upon were torn to shreds. This wasn’t like the movies, there was one boy left. It he could save, just one… He rolled out to the side of the desk and ripped the life out of the enemy with the rifle. Next, his sights rested on the thigh of his next target, tearing through a main artery before tapping a shot through his cranium. He stood and clasped his other hand to his weapon, training it on the villain that gripped the boy’s neck.

“Let him go.” He remembered saying.

“No.” The villain said, and splattered the kid’s brain across the wall. Filled with some form of tranquil anger, the final shot pierced the jaw of his target, then the forehead, then the left shoulder. His slide locked back once more, and he dropped the mag to the mud.

In front of him lay a child. One of the boys taken down into that mine. One of the boys of whom had crawled out of the entrance, blood leaking from his back like a fountain, painting the umber skin a Russel brown. The kid gargled blood, ruby spilling between his teeth.

He locked the slide forward and rested his finger on the trigger. His hazel eyes stared deeply into the emerald eyes that begged for something that he did so willingly and easily only seconds before, yet now seemed impossible. He raised the weapon and aimed it at the child’s nose. Sapphire tears rolled down his cheeks.

The bullet was meant for him.

Not for the kid he was trying to save.

The kid, was as old as he was. But all he saw was a child, the child he once knew.

When he pulled the trigger, something broke inside of him, and the rain and thunder that fell could not silence the sounds of his screams. For they had been his brothers, and in his escape, he had failed them.

“When I escape this place, I’ll train. I’ll become the best, and I’ll come back for you. Okay?”

“I’ll save you all. Just like in the movies.” He nodded, a grin attacking his face.