My Peitition: Media lies in Syria

Hi! I made a petition surrounding Syria and would be extremely grateful if some of you signed it: Here is the petition. 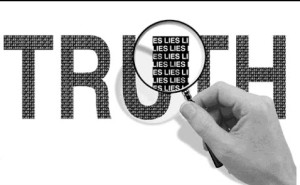 I’m a 17 year old British male student, with a huge passion for politics. After deciding that the media lies for money, and has little reason to be trusted, I began to do my own research into events, whether it be my own viewing of aritcles from multiple sources, using other’s more trustworthy research such as Tim Pool and Sargon of Akkad, or looking at events knowing that the media is pushing a narrative.

Right now the situation in Syria is an utter mess. The general public have no idea what is going on, which is why the lies and disinformation surrounding Syria is disgusting and despicable. I know I’m sounding like a conspiracy theorist, but I promsie I have some compelling reasons. Whether you agree with me or not, I’m pushing for a more Skeptical world.

There is an abundence of disinformation flowing out the Syrian civil war, both from the footage of the White Helmets within Syria, and the narrative spun against Assad, with no concrete evidence or investigative reports that confirm he is responsible for the Sarin gas attacks. What evidence is there actually points toward him not being the culprit, but the media need someone to blame, hey?

We seem to have learnt nothing from Iraq and Saddam Hussein and the situation that followed. The Americans have a history of wanting regime change in the middle east, and there are documents on the subject:

I care about not starting a world war three. I care about the wishes of the Syrian people, which are from a lot of interviews seeminly in lie with Assad, not the rebels. When did we start supporting Islamists, not the governments defending against them?

I’m not asking you to take Assad’s side, I’m asking the world to look at the evidence, and scrutinise the event, instead of taking the Media’s word.

I want the Media to reintroduce journalistic ethics. I’m calling out the NY times:

And the western governments that are aiding and funding the wrong people, just to push this regime change:

The CNN defending this, without looking into the facts, is the problem:

Journalism needs to once again be about truth. Education, and fact checking, is the way forward. Please sign my petition, and hopefully we can actually raise some awareness about this issue, whether you agree with me or not.

This petition will be delivered to:

3 thoughts on “My Petition”